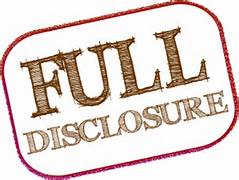 Two scientists, Paul Weinzweig and Pauline Zalitzki, working off the coast of Cuba and using a robot submersible, have confirmed that a gigantic city exists at the bottom of the ocean.

The site of the ancient city — that includes several sphinxes and at least four giant pyramids plus other structures — amazingly sits within the boundries of the fabled Bermuda Triangle.

According to a report by Arclein of Terra Forming Terra, Cuban Subsea Pyramid Complex, the evidence points to the city being simultaneously inundated with rising waters and the land sinking into the sea. This correlates exactly with the Atlantis legend.

The disaster may have occurred at the end of the last Ice Age. As the Arctic icecap catastrophically melted it caused sea levels to rise quickly around the world, especially…